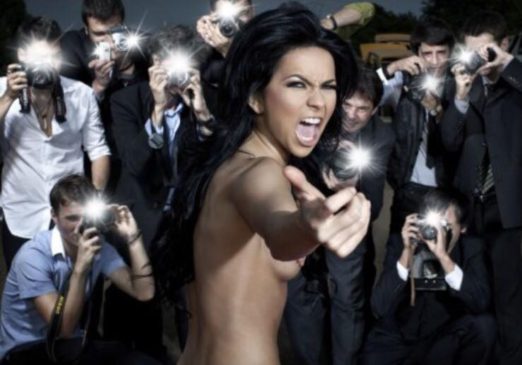 Elena Alexandra Apostoleanu[a] (born 16 October 1986), known professionally as Inna, is a Romanian singer and songwriter. Born in Mangalia and raised in Neptun, she studied political science at the Ovidius Universitybefore meeting Romanian trio Play & Win and pursuing a music career. She adopted the stage name “Alessandra” in 2008 and approached a pop-rock style; later that year, she changed her stage name to “Inna” and began releasing house music. “Hot” (2008), her debut single, was a commercial success worldwide and topped the Romanian Top 100 and Billboard‘s Hot Dance Airplay chart, among others. Inna’s debut studio album of the same name followed in August 2009 and was certified Gold and Platinum. It featured several other successful singles in Europe, including “Amazing” (2009), her second number one single in Romania.

Inna’s second album, I Am the Club Rocker (2011), yielded global success for the single “Sun Is Up” (2010). The track won the Eurodanceweb Award, making Inna the first and only Romanian artist to win the award. In 2011, Inna was announced as the highest-paid Romanian and Eastern European artist. Her follow-up studio album, Party Never Ends (2013), was nominated for two consecutive years for Best Album at the Romanian Music Awardsand reached the top ten in Mexico. It featured “More than Friends“, a moderate European hit in collaboration with Daddy Yankee. In 2014, Inna signed with Atlantic Records and released the commercially successful “Cola Song” with J Balvin, which went on to promote that year’s FIFA World Cup.

Inna’s fourth and eponymous studio album was made available in October 2015 and, among others, included “Diggy Down“, the singer’s third number one single in Romania. Starting with 2017, Inna has been a coach on the talent show Vocea României Junior alongside Andra and Marius Moga. In the same year, she also released her fifth record Nirvana, whose singles found chart success in European countries such as Romania and Turkey. With global album sales of four million from her first three studio albums, Inna is the best-selling Romanian artist. She has received a number of awards and nominations, including the Balkan Music Awards, European Border Breakers Award, MTV Europe Music Awards and the Romanian Music Awards. Inna is a human rights activist, participating in campaigns against domestic violence and in support of children’s and LGBT rights.